Put simply, Bitcoin is one of the hottest investments of the last decade. From 2012 to 2021, the price of Bitcoin has soared by over 540,000%. To put that into perspective, if you were to have invested $22 into Bitcoin in 2012, it would be worth a cool $1 million less than a decade later.

On top of that, Bitcoin is the most established and popular crypto asset in the world— 65% of crypto holders are BTC holders. With a decade-long, proven track record and the largest market cap in the crypto industry, the demand for BTC has led to the design of additional protocols to improve the speed and security of Bitcoin transactions, including upgrades like the Omni Layer, Lightning Network, and Liquid Network.

Bitcoin as a long-term investment

Bitcoin is the most widely known cryptocurrency, and benefits from network effects; more people want to own Bitcoin because Bitcoin is owned by the most people.

Bitcoin investors believe the cryptocurrency will gain value over the long-term because the supply is fixed, unlike the supplies of fiat currencies. The supply of Bitcoin is capped at just under 21 million coins, while central-bank-controlled currencies can be printed at the will of politicians. Many investors expect Bitcoin to gain value as fiat currencies depreciate.

Those who are bullish about Bitcoin being extensively used as digital cash believe that, over the long term, Bitcoin has the potential to become the first truly global currency.

To put that into perspective, if you were to have invested $22 into Bitcoin in 2012, it would be worth a cool $1 million less than a decade later.

Because of cryptocurrency’s low-to-no correlation to traditional asset classes like stocks or bonds, holding Bitcoin is an efficient and modern means of introducing portfolio diversification. A thoughtful BTC investment is believed to make only a minor impact on portfolio risk, with outsized potential for returns over time.

Furthermore, there is currently 18.97 million Bitcoin in circulating supply, while there is a maximum supply of 21 million— making the asset scarce and increasingly less accessible. With the possibility of over one billion people holding crypto by the end of 2022 and the mainstream fascination in the virtual asset market continuing to surge, capitalizing on the market’s most desirable currency through a stable method seems like a no-brainer. 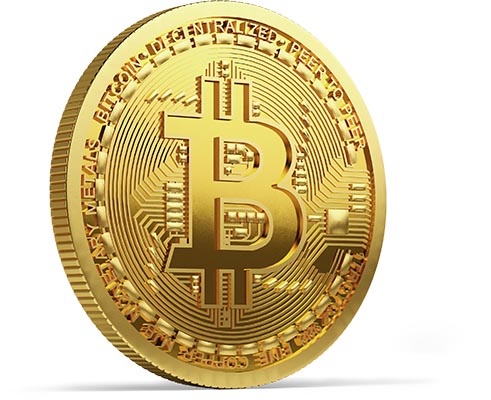